Growth creates complexity, and complexity is the silent killer of growth. With this opening to their article on the founder’s mentality, Chris Zook and James Allen highlight the importance of having an owner’s mentality, a frontline obsession and an insurgency mindset in order to curb complexity as the organization grows.

Throughout my career I always saw complexity as my nemesis. Whether in product, strategy, or operations, complexity always found a way to creep in and undermine any strategy we put in place. This was partially the reason that while at Skype, I moved from a product strategy role to a business transformation leader. Our devised strategy just didn’t matter unless we could breach through the wall of complexity the organization has built over the years. 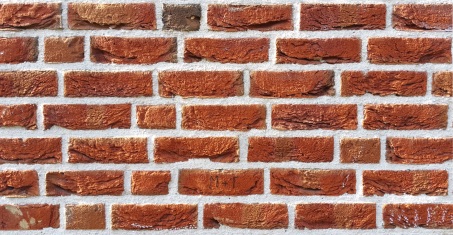 And that wall was high and wide. Since inception in 2003, Skype has moved ownership several times while continuing to grow. With eBay, Silver Lake, Andreessen Horowitz and others having a go at Skype, you can just imagine how inconsistent the management of the company was and how the ‘boring’ internal operations were pushed down the list of priorities.

When complexity gets complicated 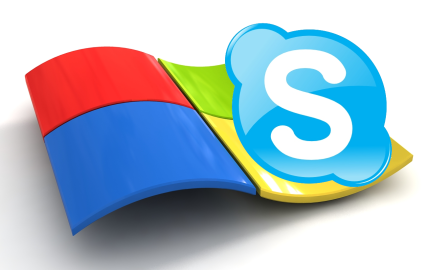 Just as we started untangling the mountain of complexity from years of neglect, things got even more interesting, and complex. The long anticipated Microsoft acquisition came into effect, doubling our mandate by absorbing 1,000 Lync employees to the division. Our own re-designed data infrastructure had to be re-worked, as we moved from a 3rd party solution to a cloud based Microsoft stack approach.

Not long after, Microsoft decided to functionally re-org itself after having a divisional structure for over a decade. And the CEO, Steve Ballmer, announced his departure with no clear succession plan. While these may not seem to have direct impact on our transformation plan, it did influence the decision making of top execs and played into the risk averse nature of the leadership team. On the flip side, with bigger news going on, we could progress our bottom-up approach faster with an insurgent, under-the-radar mentality. 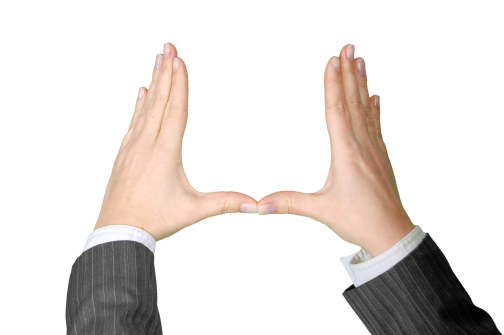 All these unforeseen events helped us set the stage for the future organization we were designing. It had to be agile, flexible and adaptable when change inevitably comes. And to be able to steer course fast, we needed to become lean by removing any drag on the company, minimizing the complexity and limiting bureaucratic overhead. But above all else, drilling down to the root cause of many of the complexities, we found that the it was all about the people.

As a result, the transformation adopted a cultural side in addition to the digital one.

Using my experience at Skype, I listed the five common causes of complexity we faced and solved. 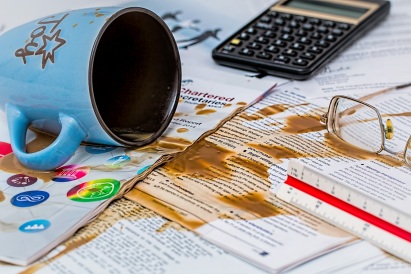 Who is not familiar with the sudden realisation that another employee, team or division not only overlap with your work but are directly replicating it?

Duplication is a great way to waste money in record time. Double time. And you have to look no further than the human need for competition. But in this case, it’s competition against ourselves using company money. This siloed approach can eventually yield a winner but it consistently delivers a loser – the organization.

This internal political competition, where non-collaborative execs are involving their entire teams to chase the boss’s ‘flavour of the month’ just to demonstrate ‘competence’ is how corporations waste much of their time and money.

As companies grow and scale, ad-hoc teams are created to solve the many problems that accompany growth. However, as time lapses, some of these groups have become irrelevant to the changing requirements of the organization and its people could be better utilized elsewhere.

The intuitive approach would be to close the team and re-allocate the resources. While intuitive, I have yet to see one organization that perfects this activity, let alone practice it.

With the unspoken failure implications of closing a team, the emotional attachment to it and more pressing issue externally, organization sometimes prefer to absorb the costs of these teams to avoid confronting the ones that helped them get there.

This is a dangerous short term view as before you know it, multiple irrelevant teams become present, adding noise to the clogged system, making once good employees sour, and creating a culture of idle work with little value.

Life is uncertain. We live with it and manage it as best as we can. However, trying too hard to own the future and synthetically remove all uncertainty comes at a cost. In addition to not making anything more certain, it makes the leader add a layer of process and document overhead that not only increases complexity but stifles any innovation or creativity from happening.

By adding layers of process, reporting and bureaucracy, we create an illusion that we are somehow in control only to be awaken when the world has gone digital while we remained Kodak.

This has been discussed over and over and yet it seems we have remained in the same place. Most people’s personal discomfort with change coupled with the organization’s reward for risk averse managers leads to no incentive for a shift in approach.

When things get rough many abandon ship and when things go well then there’s no reason to fix things, so in both scenarios nobody really wants to rock the boat.

When it is unclear how the organization works ‘under the bonnet’ and resources disappear in a black hole of operations then you know these murky water are not safe for swimming. In some cases, these situations are disguised by window dressing and smoke & mirrors but none of them can stand even the elementary rigor of due diligence.

In addition, separate and siloed systems lead to misalignment between executives, managers and subordinates.

In response to the foul five we topped them up with one extra element to create the ‘solution six’ which when woven together can help untangle the complexity, transform the org and gear it for growth. 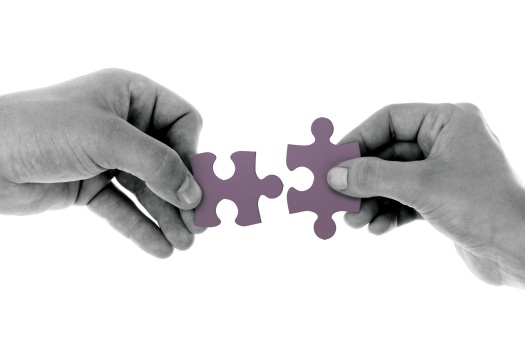 Transforming an organization is a massive undertaking not for the faint-hearted. As such, the leader needs to ensure the team is up for the task. They need to be competent, resilient, nice and with a learning mentality. Any other motivation aside from truly wanting to change the organization for the better would not stand the first wave of resistance. Perseverance is about executing what’s best for the organization despite all challenges, not to be confused with stubbornness. You may have also noticed a four letter word in between the paragraph – nice. A genuinely nice and empathetic attitude can go a long way in an organization, overcoming suspicion and driving real collaboration across teams. We have been able to enlist teams and executives who were known for their dissidence and considered ‘no go’ areas.

If you want change to stick, the value of it needs to be clear, intuitive and appealing to anyone whose behaviour you’re after. Organic adoption that comes from realization of the value and benefit is the only way to go. Anything else that is forced upon someone will eventually be spat out with a vengeance. Along with multiple discussions and evidence we provided to help convince our people, I also remember the hours we spent on deciding between different shades of blue for the UI, not something you would expect from a transformation team.

3. Sponsorship and alignment aka ‘the whole is bigger than the sum of its parts’

If the organization finds itself in an internal multi-rope tug-of-war, then one should ask whether it should be incorporated in the first place. For the team to challenge the status quo, the head needs to continually support the effort by merely communicating what the team requires and if needed, provide the CEO badge as a deterrent when faced with an extra dose of resistance. While in possession of the badge, we never required to use is as the top-down communication and bottom-up champion approach provides us with all the tools required to plow through.

An organization is a living entity and as such cannot remain stagnant for too long. Definitely not when the markets are as dynamic and unforgiving as they are. As such, inertia becomes a dangerous endeavor and steps should be taken to ensure the company continually pivots to support the best ideas, teams and leaders according to its strategy and the market trends. At Skype, we took steps to consolidate the number of RVs (release vehicles or products) that ballooned unnecessarily to over a hundred. While growing, the company needed to be disciplined and we were the ones providing the transparency and evidence to do so.

5. A central digital ecosystem aka ‘the new operating model’

The technology disruption of data, cloud and mobile has introduced new business models and different behaviours and habits by employees and customers. With so much going on, it was imperative to create a one source of truth digital platform at the core of the company. This central nervous system brought data, metrics, tasks and strategy together from all corners of the organization to the fingerprints of the executives and the developers alike (literally fingerprints as we implemented a bleeding edge, touch screen enabled, visualization layer developed in collaboration with MSR China). The transparency this provided coupled with the minimum amount of reports and bureaucratic overhead became the lean, de-facto operating model of Skype.

6. Communication aka ‘the lifeline’

Multiple content, mediums and delivery methods were used not only to update the progress of the transformation but also as a way to create a common language across functions. If Marketing, Engineering & Product all wanted better user engagement but used their own functional jargon to get there, alignment would be lost. Communicating metrics helped us bring functions closer while making everyone much more data-driven. At Skype, we had a team of communication specialist working full time on the transformation team to deliver internal videos, newsletters, reports and Yammer posts. 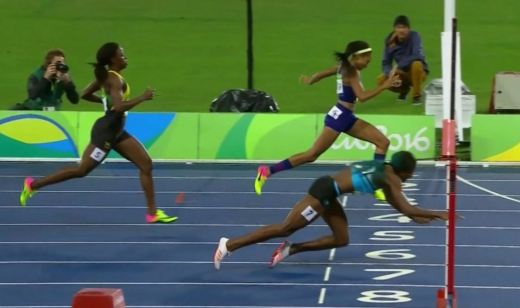 In no more than 18 months the transformation created all of the above and the business was using it as part of its daily operations. This assisted Skype to reach its peak of connected, active, paid and mobile users.The final demo in front of our sponsor EVP and the other executive team in Redmond went extraordinarily well on the Microsoft 82” perceptive pixel (ppi) screen.

In addition, our solution became a blueprint for the data and culture transformation which had started across several parts of Microsoft.

But like many similar stories, ours too had an abrupt ending as the departure of our sponsor as well as the multiple re-orgs changed the structure and the mandate of the team.

Despite that, several years on, the success of the change and the usage of our ecosystem which still persists today, has provided us with a working recipe to confront complexity and win!